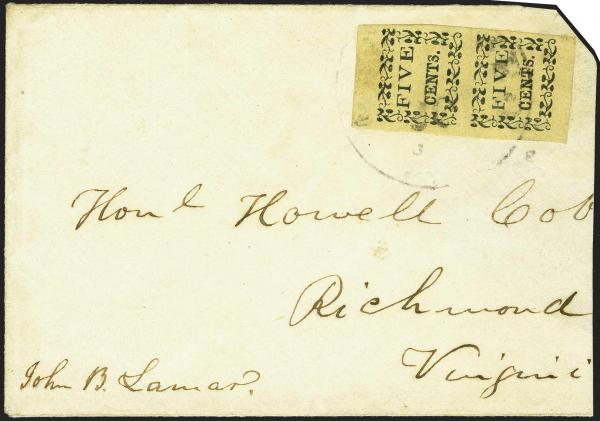 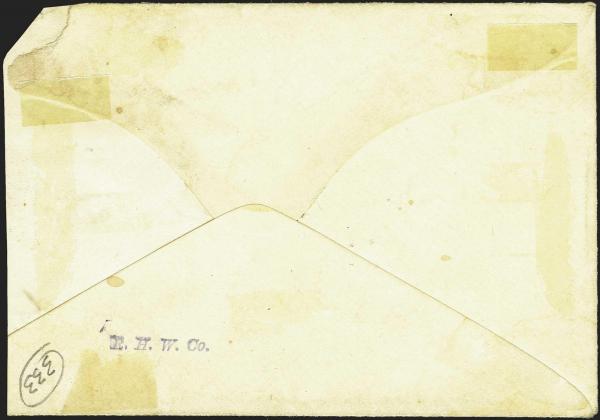 53X3, Macon, Georgia, 1861 5c Black on yellow, Type II, vertical pair tied by indistinct Macon, Georgia cds, addressed to Richmond (from the Cobb correspondence), stamp with huge margins all around plus a sharp and deep impression on bright paper, envelope reduced at right and missing right side flap, neither of which affects the provisional pair, Very Fine and attractive, only five covers recorded with pairs of the 5c Macon with floral border (including two others from this same correspondence), backstamped "R.H.W. Co." (Scott $11,000)rnrnThe sender, John B. Lamar (1812-62) was an American politician, lawyer, and planter. He was elected in 1842 to represent Georgia in the US House of Representatives during the 28th Congress; however, his service was brief as he resigned and left office on July 29, 1843, just months after being sworn in. During the Civil War, Lamar served as an aide to CSA Army General Howell Cobb, his brother-in-law, and close friend. He was wounded during the Battle of Crampton's Gap Maryland trying to rally Cobb's Brigade and died within a day on September 15, 1862.Confederate States Postmasters' Provisionals

H.R. Harmer was founded in 1918 by Henry Revell Harmer of London. In 1940, the firm opened its New York auction gallery and quickly ascended to the top ranks of philatelic auction houses... Read More 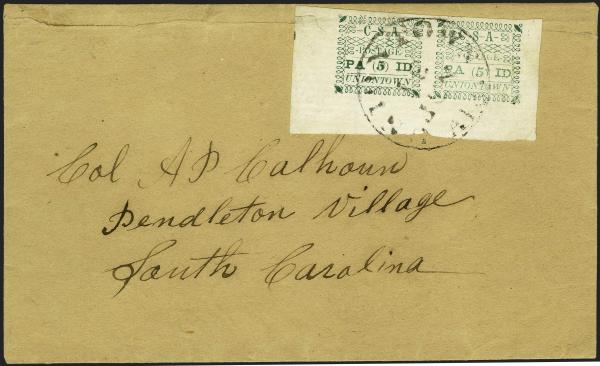 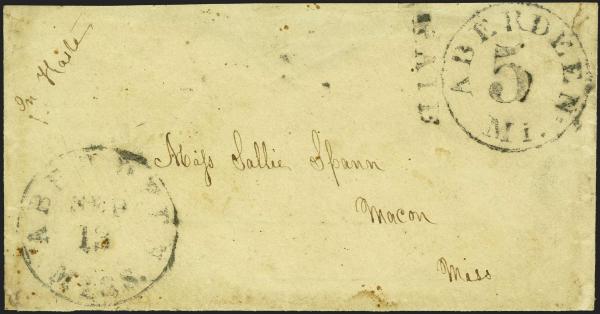 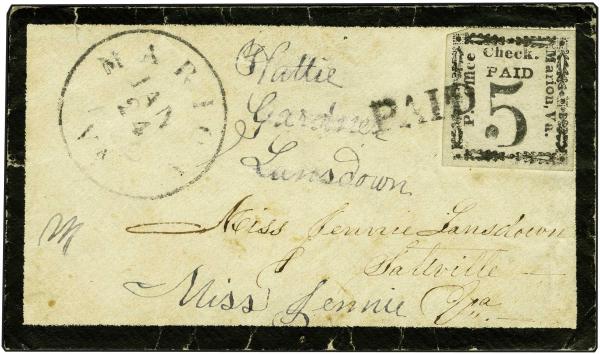 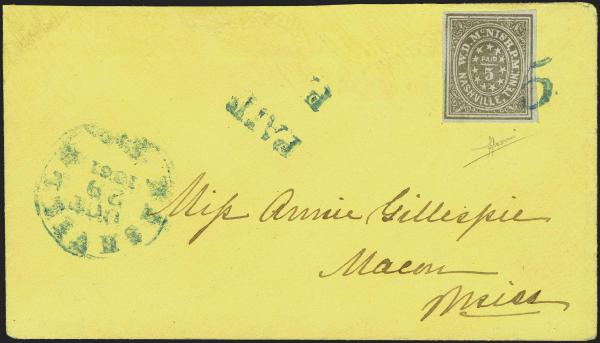