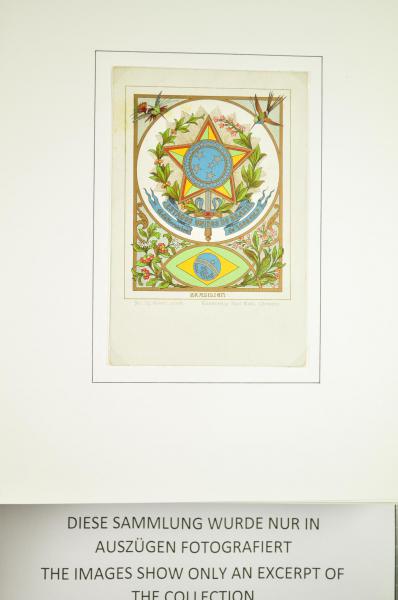 1843/1940: Strong, predominantly used, classic and semi-classic collection up to WWII in seven self-designed Albums, containing many excellent quality classic stamps and covers. The collection commences with an array of nine pre-philatelic letters, including two interlopers originating from BUENOS AYRES, including one via the British Office both to EUROPE. The collection contains thirteen BULLS-EYE stamps including five early impressions, and over 70 copies of the subsequent "INCLINADOS" issue, including the key value 600 R. The 1849 "VERTICAIS" issue takes up 15 pages in the first album, here including 10 copies of the 600 R. The 1854 "COLORIDOS" come with seven copies of the 430 R including one large margin unused specimen. The 1866 perforated issues are also well represented. The 1866 "Emperor Pedro II" section contains four unused 500 R orange-yellow all no gum, the subsequent rouletted stamps are again strongly represented with eight 700 R reddish-brown and eighteen 1000 R grey.  Later issues are similarly strong, with more and more very attractive letters and covers, to name an example a 200 R lettercard from 1883 used as registered correspondence from MACEIO to CONSTANTINOPLE. Post revolution issues continue in the same vein, each representited in significant nubers. Post 1900 the collector added more unused items, with onset of the 1930s airmail letters becomeing more prominent, imcluding six of Zeppelin return flights and some other airmail. A thouroughly enjoyable lot to study and enlarge. 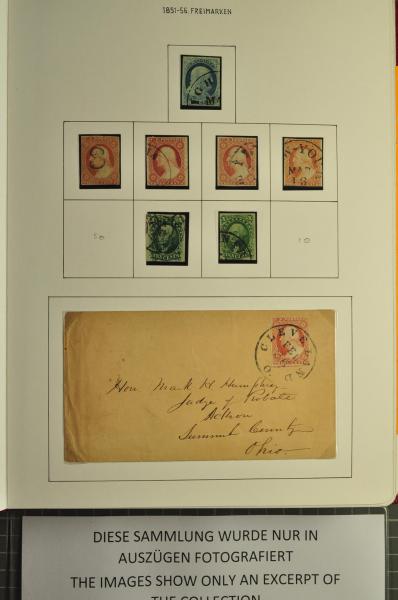 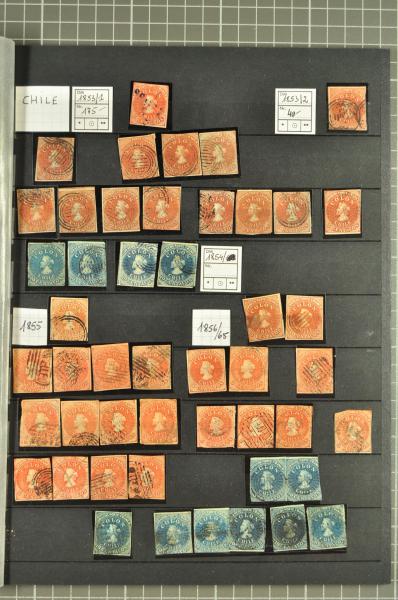 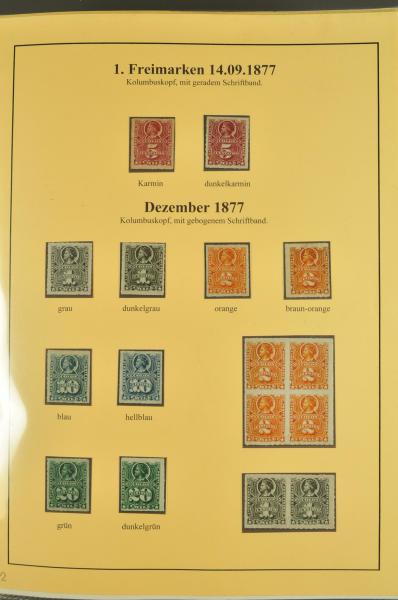 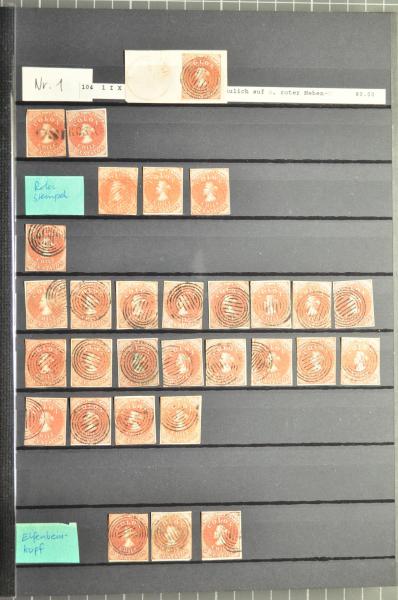